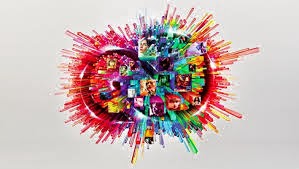 Cloud-based storage has become a vital aspect of multi-tasking in Android powered devices such as smartphones, smart tablets and many more. If you're an Android user then you are definitely in luck because the operating system comes loaded with ample number of features and functionalities that allow you to get involved in multiple activities simultaneously. In this article, I'll be talking about the recently launched file management application that has served as an excellent surprise for Android consumers who have subscribed to a wide array of cloud services for storing, sharing and managing multiple files. Named as Creative Cloud, this remarkable app has already started creating waves in the world of Android.

Adobe's Creative Cloud- A brief on its release
Initially announced by Adobe in October 2011, Creative Cloud was later released in multiple versions by Android app development company, allowing Android users to manage their files and folders that are stored in varied cloud storage accounts. Creative Cloud is basically a software as a service that offers users an easy access to a wide collection of software products that work wonders for performing different types of tasks including web development, video editing, photography, graphic designing and a lot more. Adobe's Creative Cloud is equipped with online updates and multiple languages.

Adobe's Creative Cloud- A look at its working 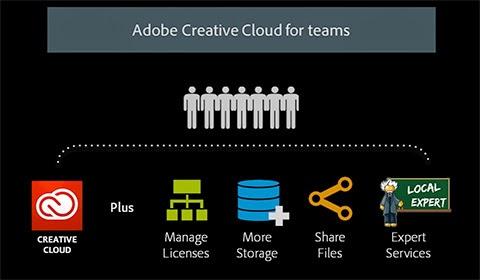 A majority of you might not be familiar with the fact that Creative Cloud serves as Adobe's effort to evolved as a subscription-based service mode. With the introduction of Creative Cloud, Adobe has took remarkable leaps in offering online services that can effectively aid in collaborating, assessing, sharing, copying files and folders stored across cloud storage accounts. With a free Creative Cloud membership, you can grab a trial access to all the tools and a whopping 2GB cloud storage for your Android gadget.

With the Creative Cloud app installed in your Android smartphone, tablet, netbook etc, you can easily access and preview the files stored in your device, followed by previewing, sharing, copying them in the way that suits you the best. One of the most interesting things about the Creative Cloud app is that it comes with clean and highly intuitive interface, allowing the user to enjoy the benefits to the fullest. Currently, available as a preview, Adobe's Creative Cloud application is loaded with features which are still not made available for the general customer base.

Adobe, the company behind Creative Cloud who has promised to provide regular updates to the application, thereby affirming its stable structure. However, one may also hire Android app developer for such customized requirements of Android. There is an easy to use file browser that allows you to upload all your files via the app itself. Although the app's iconography has been a bit inspired from iOS, Adobe has made all arrangements to ensure that Creative Cloud works purely for the Android users.

Summary
Hope Android sticks to its promise to delivering finest updates to Creative Cloud for Android as it has been doing for its apps that cater to the iOS audience. Plus, it would be interesting to see the performance of Creative Cloud app in the years to follow.
Posted by Appsted Ltd at 01:43