An Insight into iOS 9


Apple is ready to uncover its latest devices with iOS9 anytime soon. While the beta version is around for a quite some time now, many iOS users have an idea what Apple is going to offer with its latest platform iOS9. From a smarter Siri to Proactive, there are various useful features that will enhance your mobile experience.

Since, the developer's preview is already available, many developers have developed new applications and upgraded their existing one to support the upcoming iOS9. If you also have an iOS application, or want to create one for your business, you can seek a team of adroit with hire iphone app developer and get it accomplished in a fabulous way. There are several iOS app development company out there that offer various development services. You can streamline your search according to your requirements and choose suitable professionals to work on your project. 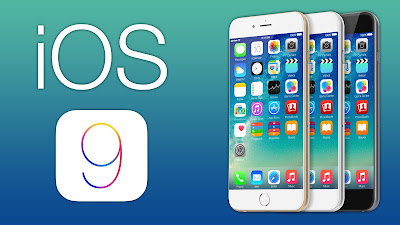 Here is a quick walk through to the amazing features Apple iOS 9; let's have a glance into them to better understand the capabilities of the upcoming platform.

While the Apple has overhauled the capabilities of the Siri and make it more aware, as she can now set reminders, the Proactive is an amazing new feature that can offer assistant by learning the users' behavior. It can, thus, predict that you are interested in doing what is in your device. It works beautifully across a range of applications. Moreover, it can also detect an unknown number on the screen.
The iOS 9 includes an API for search as well. While it may seem familiar to the Google Now users, it is a completely new and awaited feature for iOS users.

Since, it will have advanced features that will observe your info more closely, privacy is surely an issue of consideration. With iOS 9, you will finally get two-factor ID authentication by Apple. Thus, the security and privacy will be addressed with a great precision in iOS 9.

The size of the iOS 9 is dramatically reduced from that of the iOS 8, which was released a year ago. While the iOS 8 is 4.6 gigabytes debacle, the iOS 9 will be hardly 1.3 gigabytes.

No more speculation for the public transport on the maps application, it will finally offer you the details of the public transportation routes and other relevant tweaks. Yes The Apple maps will become more useful as it will display the routing of buses, subways and other public transits. Moreover, it offers a great help to board the correct train by telling you the optimal entry to the subway.

A brand-new News application will replace the Newstand in iOS 9. However, it will look much alike the Flipboard application. It offers a clean, simple and easy way to read news through your iPhone. This application pulls the news content from the reliable services, like the New York Times, Bon Appetit, The Atlantic, and so forth.
These are a few of the resourceful features that iOS 9 will offer you. It will also facilitate multitasking to iPad users, while offering a plethora of ravishing features. Most importantly, the old iPhone users won't be dropped from this release.
Posted by Appsted Ltd at 03:30