HTTPS Helps To Safe Guard Your Website From Nefarious Hackers

Apple is a stalwart in the technology which has the potential to make a technology or break it by supporting it or allowing it to decay for the coming years.


Flash was completely uprooted from the market after Apple’s refuse to succumb to HTML5 which became one of the favorite web usage tool after getting a push from Apple. This is one of the update which is to be looked for all those people who are looking for an iOS app developers for hire. This is one of the vital security concern and must be dealt with utmost care. 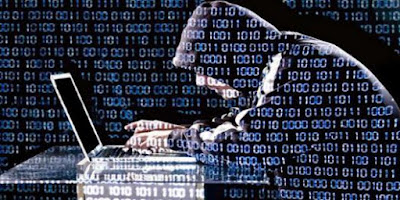 The Development of HTTPS

It was the Apple’s developer conference which took place a fortnight before in Cupertino, that this stalwart gave air to app encryption via HTTPS and website use by default.

What's so exclusive about it?

Their is a brand new privacy feature names the App Transport Security (ATS) is being utilized by Apple in order to give developers a new state of mind and feature. ATS works so as to give an app the ability to add declaration to Info.plist file which in return specifies the domains which is required to secure communication.

It is quite easy for the developers to adopt it, and it renders a secure and standard behavior which also prevents accidental disclosures. Apple further states that ATS must be adopted as early as possible irrespective of the fact that whether you being an iOS developer is going to update an existing app or developing a completely new one.

Apple is not the only one to promote the adoption of encryption among the developers. White House has ordered all the federal websites to be encrypted by the inception of 2017 .

This order is seen as the measure to safeguard the confidential data after the nefarious Syrian Electronic Army were trying malicious hacking attack the US Army’s website, and sending message such as “Your commanders admit they are training the people they have sent you to die fighting.”

In order to apply HTTPS connectivity to a website ther is a quite simple way for the developers, as Microsoft has introduced a brand new feature named as HTTP Strict Transport Security or the acronym HSTS introduced in its ‘Edge’ browser.

Anticipating the future of HTTPS?

Greg Norcie incumbent staff technologist at Center for Democracy and Technology’s said “The writing is on the wall – HTTPS is the future, and those who have not adopted it need to develop a plan to do so before the decision is made for them, either by users who prefer a provider that respects the security of their personal data, or by regulators who may view failing to enable HTTPS as failing to adopt industry best practices.”

Though ATS has not become a standard development method for the Mobile App developers by Apple, but as we can see that there is a lot of fuss about it the time will soon come when it will be declared mandatory for all the developers.
Posted by Appsted Ltd at 04:26